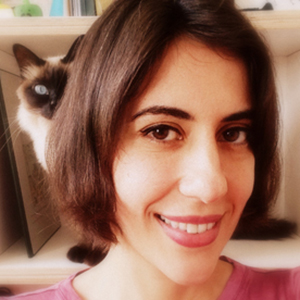 My interest in memory studies dovetails with my own life experience growing up in Beirut during the Lebanese civil war (1975-90) and my desire to revisit this experience academically. At Columbia University I was part of the Engendering Archives Working Group Center for the Critical Analysis of Social Difference (CCASD) where I was in conversation with a diverse group of scholars on an interdisciplinary research project that explored the making of archives, specifically, the knowledge they afford and the question of what exceeds their grasp.

My fieldwork on war-related memorial sites in South Lebanon forms part of my current book project entitled Memory in Ruins: The Poetics of Aṭlāl in Lebanese Wartime and Postwar Cultural Production, which explores the intersection of classical Arabic poetic lamentations over ruins and their manifestations in contemporary Lebanese cultural productions. It traces the figuration of the ruin as a site of rupture and potentiality embodied in modern Arabic fiction, novels, poems, and sites of memory from the opening chapter of the Lebanese civil war to the present.

Before joining AMESALL, I offered courses on contemporary Arabic fiction, specifically the relationship between literature and war, at the Lebanese American University (LAU) in Beirut and New York University (NYU).