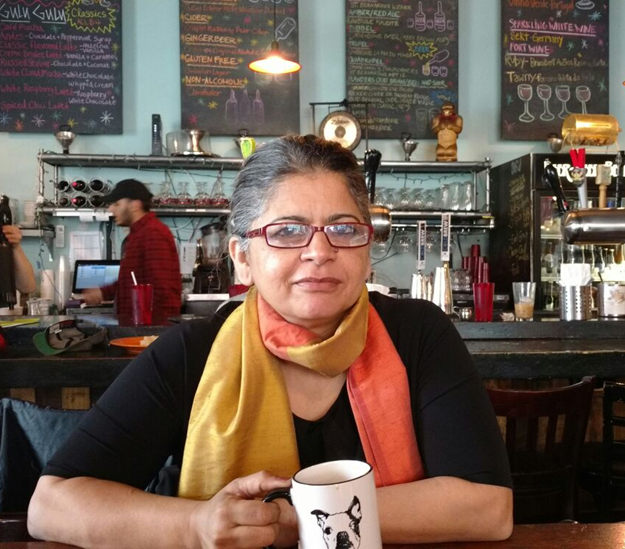 Email:This email address is being protected from spambots. You need JavaScript enabled to view it.

Her book, Bombay Modern: Arun Kolatkar and Bilingual Literary Culture (Northwestern University Press, 2016) is also being published in India by Speaking Tiger Publications in 2017. Through a bilingual and materialist reading of the poetry by Marathi/English poet Arun Kolatkar, the book shows how the genre of poetry emerged in Bombay in the post-60s (the sathottari period) as the instrument of radical protest and experimentation at the multiple junctures of regionalisms, new publishing spaces, national politics and transnationalisms. She has also co-edited a special double issue of Journal of Postcolonial Writing (“The Worlds of Bombay Poetry,” Spring 2017).

Her other publications and research include work on multilingualism and literature, Indo-Caribbean and Postcolonial literature, and comparative Indian and postcolonial modernisms.

Her current projects include an anthology on postcolonial archives and a project on mapping the multilingual borders of modern Marathi literature.

2017 (co-editor with Laetitia Zecchini), a special double issue, "The Worlds of Bombay Poetry" for Journal of Postcolonial Writing, Dec 2016.

2021(forthcoming) “Adil Jussawalla and the diary of the missing person’s missing novel,” South Asia: A Journal of South Asian Studies

2020 (forthcoming) “The Insular and the Transnational Archipelagoes: The Indo-Caribbean in Samuel Selvon and Harold Sonny Ladoo” in Archipelagic Thinking, Eds. Yolanda Martinez-San Miguel and Michelle Stephens.

2017 “The Man Who Wrote (Almost) Nothing: Ashok Shahane’s Deep Imprint on Indian Modernist literature,” The Caravan: A Journal of Politics and Literature, July 2017, 82-91.