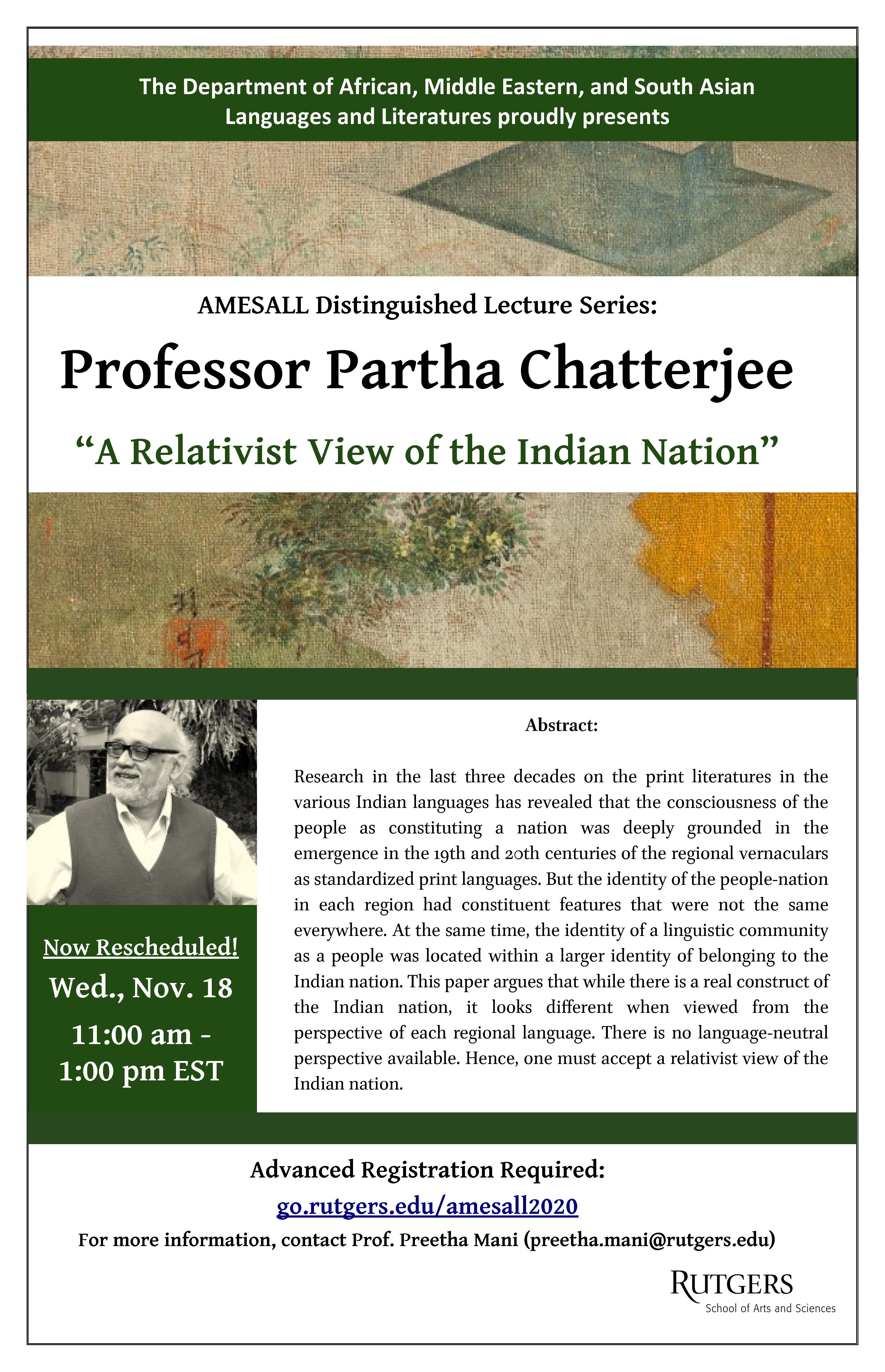 Talk Title: “A Relativist View of the Indian Nation”

Talk Abstract: Research in the last three decades on the print literatures in the various Indian languages has revealed that the consciousness of the people as constituting a nation was deeply grounded in the emergence in the 19th and 20th centuries of the regional vernaculars as standardized print languages. But the identity of the people-nation in each region had constituent features that were not the same everywhere. At the same time, the identity of a linguistic community as a people was located within a larger identity of belonging to the Indian nation. This paper argues that while there is a real construct of the Indian nation, it looks different when viewed from the perspective of each regional language. There is no language-neutral perspective available. Hence, one must accept a relativist view of the Indian nation.

Contact Preetha Mani (This email address is being protected from spambots. You need JavaScript enabled to view it.) for more information.