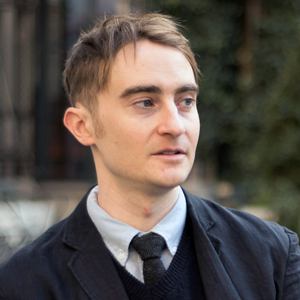 My research is concerned with Arabic language, literature, and culture from all periods, with a focus on intersections between literature and public culture in modern Egypt and Tunisia.

My first book, Conspiracy in Modern Egyptian Literature (Edinburgh University Press, 2018), examines the significance of “conspiracy theory” in works by both major and marginal Egyptian authors of the last half-century.  Conspiracy theory, the book contends, operates not as a pathology in the narrow sense, but as a set of narrative tropes, interpretive frames, and aesthetic styles that structure public discourse both in literature and politics.

I am also the translator of the Arabic novel Using Life (Istikhdam al-Haya, 2014), written by Ahmed Naji and illustrated by Ayman Al Zorkany.

At present, I am researching the history of vernacular Arabic literature in Tunisia.

My creative and critical works have appeared in Akhbar al-Adab, Banipal, Jadaliyya, the Journal of Arabic Literature, Ma3azef, The New Inquiry, and Wasla.